How does DDR5 RAM compare to DDR4 RAM and other RAM technologies, and what are its advantages? What is DDR5 RAM, and do you need it? That’s what this guide is for.

DDR5, the most recent version of DDR memory, will replace DDR4 in most consumer devices because of its superior bandwidth, capacity, and power efficiency.

We can all agree that the past decade has seen remarkable growth in technological capability. As we dive headfirst into the 4K era in 2023, this is especially true in the gaming industry. Check How Much RAM Do I Need For Gaming?

In the last few years, computer technology has made many advancements. For example, AMD has surpassed Intel in the mainstream CPU market and increased the number of cores and threads that can be found in a gaming CPU; Nvidia has introduced real-time ray tracing; graphics processing units (GPUs) can now generally handle higher resolutions, and SSDs have become the mainstream storage solution. You can also check this guide about Does RAM Affect Streaming? (Detailed Guide) or What is the difference between SSD and HDD?

Now, another significant forthcoming shift concerns RAM. In particular, DDR5 will supplant DDR4 as the default memory option in desktop computers. So, what is DDR5 RAM, and how does it vary from its predecessor? We’ll answer that in this guide, so read on!

What is DDR5 RAM?

To start with the titular question: what is DDR5 RAM?

So, it has been established that DDR5 is a form of RAM. RAM, or random access memory, is a type of computer memory.

See also  How Many Watts Does a Laptop use?

What is its function? It saves relatively little data that your CPU or GPU needs to be able to access fast so that the programs running on the PC could function effectively, thus acting as your PC’s short-term memory.

Although random access memory (RAM) is very quick, it is a form of volatile memory that can only store information while actively using it. It is obvious why RAM is not employed as a long-term storage option because all of the data contained in it is lost if the power is suddenly cut.

So, let’s talk about DDR5 for a minute.

Double Data Rate 5 Synchronous Dynamic Random-Access Memory is what this term refers to in its complete form. Without going too technical, we can state that SDRAM was developed in 1992 as a sort of RAM and that DDR was established in 1998 as a variant of SDRAM, whose primary strength was, as the name says, faster data speeds.

Although low-power versions of DDR memory (LPDDR), including LPDDR5, have been introduced over the years, the path from DDR (often referred to as DDR1) to DDR5 was mainly linear.

The next pressing issue is how much better DDR5 is than its predecessor, DDR4.

DDR5 is a major improvement over DDR4 in capacity since it can support data rates of up to 6.4 Gbps at stock clock speeds, while DDR4 can only allow 3.2 Gbps. But in reality, not all modules will be this quick, and some can even get quicker with overclocking.

Moreover, DDR5 modules will offer more storage space because of the increased memory die density. However, DDR5 processors will allow for chip density four times that of DDR4; thus, we may see DDR5 chips with as much as 64 GB of memory each.

DDR5 will be more energy-efficient than previous generations of memory thanks to a reduced voltage of 1.1V from 1.2V in DDR4. This may not seem like a major upgrade at first, and it won’t have much of an impact on desktop PCs, but it will significantly impact the battery life of mobile devices and the performance of servers that operate around the clock.

Should You Buy DDR5?

To answer the issue on many people’s minds, is DDR5 worth it?

The first DDR5 has been released, although commercial DDR5 memory is still far off. New versions of DDR take time to create, release, and gain widespread adoption.

Our current holdup is the availability of CPUs that are compatible with the system.

According to SK Hynix, the first commercially available DDR5 modules won’t hit shelves until the third quarter of 2021.

The next question you’re probably thinking is, “Should I wait for DDR5?”

The answer to this question is heavily influenced by your priorities while assembling a computer.

What about performance worries you? DDR5 will unquestionably perform better than its predecessor if this is your top concern. Do not, however, assume that this will be a dramatic enhancement.

Since DDR4’s initial release also brought only modest gains in gaming performance over DDR3, early adopters of DDR5 are likely to be limited to industry specialists.

Don’t get your hopes up if price and value are major factors in your decision. DDR5 will likely come with a hefty price tag due to supply concerns.

Given that, plus the fact that initially, it won’t do anything to improve gaming performance, it’s hard to suggest it to anyone looking to get their money’s worth.

It may be worth the wait, though, if you’re concerned with the long term. Waiting for DDR5 and DDR5-compatible hardware is a good option if you want to construct a machine that can be easily upgraded in the future, as compatibility is a major aspect of RAM.

What is DDR5 RAM? Conclusion

That concludes our summary of What DDR5 RAM is. However, we cannot accurately assess the new memory’s performance, value, etc., until we get access to a system equipped with DDR5 memory.

However, if you’re in the market for a new computer, you should consider one of the configurations we’ve already put together; we offer options at various price points, so you’re likely to find one that works for you. 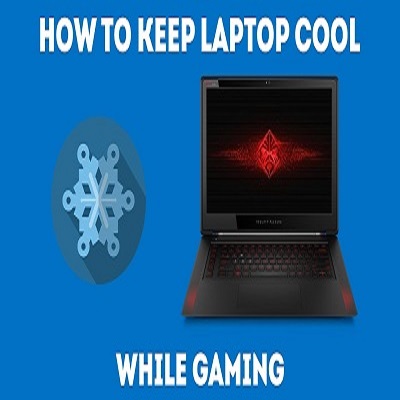 Imagine this: you’ve been playing your favorite game for quite some time on your laptop, and it suddenly overheats in a crucial part of the game where you’ll lose everything if you don’t cool it down right away. In the following tutorial, I’ll discuss: How to Cool Laptop When Gaming? Keep reading to the end…

Are you one of the many people who find it challenging to call customer service for common laptop problems? Even if you have successfully contacted customer support, there is a slim likelihood that your situation will be handled on time. Rather than becoming irritated with customer service or paying for costly repairs, you may be…

Looking for “How much Does a laptop weight?” Keep reading this detailed guide about said topic. I travel a lot with my laptop, from walking around to flying with it. When shopping for a new one, the weight was crucial to me because of the strain it might put on my back or arms if…