We frequently believe that it is not necessary to download the videos or games since they take up so much room on our hard drives, so we prefer to watch online streaming instead. The true enjoyment of utilizing streaming comes when you listen to music while watching movies ‘live.’

Agree? Of course, it’s correct since we all like watching online videos on YouTube, playing online games, or capturing numerous moments through various applications.

But for smooth streaming, we need high-performance laptops or cell phones with good graphics capabilities so that we may not encounter any unpleasant problems during streaming: blurry or frozen videos, stuttering between voice and face, or increased buffering time.

How much storage do i need on my laptop?

According to many tech-savvy individuals, RAM is one of the main reasons behind these streaming issues.

Is it true that screaming issues are also decreasing with the growing RAM size?

Ah, such a lot of thoughts are clogging up the head? It is better to read the piece in its entirety and discover the correct and complete answer.

So here we go!

RAM is a short-term Random Access Memory, and it works as a workspace for your PC. Whenever your system starts working on any project, it stores the data temporarily in RAM so that the CPU can access it quickly.

There’s a lot of pressure on computer RAM these days. In fact, as the RAM size increases, so does laptops. On the other hand, the lower RAM isn’t nearly as significant an issue when it comes to watching internet videos and live webcasts, as well as large title video games.

You know how important speed is for both humans and machines. So, if the CPU can access data stored in RAM faster, it can work better and quicker.

How Much RAM Do I Need For Gaming?

What Is Streaming And How Does It Works?

In simple words, streaming is a process of playing media files such as audio or video in real-time. It allows you to watch or listen to content without downloading it first.

The word “streaming” refers to the delivery method of the media: a continuous ‘stream’ of data that flows over an internet connection to your computer or device.

When you stream, the media is sent in a compressed file format so it can be quickly transferred. The media player on your device decompresses the file and plays it as it arrives. This process is known as ‘buffering.’

You may have noticed that when you start watching a YouTube video, it takes a few seconds for the video to start playing. That’s because your computer or device is busy downloading and decompressing the video file.

When you’re streaming, the media is constantly being downloaded and played simultaneously. This requires a lot of processing power from your computer or device and a fast and stable internet connection.

To provide simple streaming, broadband connections must be quick to display real-time information. Audio may stop playing, or the screen may go blank due to internet congestion.

Do you know that YouTube recommends at least 500Kbps of connection speed, yet a slower connection may break your streaming?

Let’s look at some more headings to see whether RAM impacts streaming.

Now that we know what RAM is and how streaming works, let’s answer the question: does RAM affect streaming?

However, to take advantage of these features, you’ll need at least 16GB DDR4 RAM, but 32GB DDR4 is sufficient and allows you to use many more functions than 4 GB, 8 GB, or 16 GB RAM. The ability to playback video files with a capacity of up to 32GB DDR4 will allow you to watch your

So far, it is apparent that RAM impacts streaming, but the question remains: how can RAM be used to improve streaming? The better your RAM, the better your Frames Per Second (FPS) will be, which can help you improve your streaming.

How Does RAM Size And Speed Affect The Streaming?

The more RAM you have, the more tasks your computer can perform simultaneously. Each job requires a certain amount of RAM to store its data.

If you only have 4GB of RAM, your computer will have to constantly swap data between RAM and the hard drive, which is much slower than accessing data directly from RAM. This can lead to choppy video, audio glitches, and other problems.

Having more RAM also allows you to keep more programs open simultaneously without affecting performance. This is because each program requires a certain amount of RAM to run.

If you only have 4GB of RAM and try to run too many programs simultaneously, your computer will start to slow down and may even freeze.

So, if you’re a heavy streamer, you’ll need a lot of RAM to avoid these issues. Ideally, you should have at least 8GB of RAM. If you want to be able to stream 4K video or play games at high settings, you’ll need even more.

The speed of your RAM also matters. If you have a fast CPU but slow RAM, your computer will still have to wait for the RAM to catch up before processing the data. This can lead to lag and other performance issues.

You should ensure that your RAM is at the same speed as your CPU to avoid this. For example, if you have an Intel Core i7-7700K CPU, you’ll need DDR4-2400 RAM.

In conclusion, yes, RAM does affect streaming. The more RAM you have, the better your streaming will be. However, it’s also important to ensure that your RAM is fast enough to keep up with your CPU.

So, with the 4 GB, we have finished. But now we must consider: is 8GB enough for streaming?

The 8GB will give you more than the 4, but it may not be enough if you are a heavy streamer. The 8GB will allow you to have more programs open simultaneously and to view big title games without interruption, but you may still experience some choppiness in your video or audio.

You may also stream your video with 8 GB since it is the minimum required RAM for streaming videos. It provides outstanding performance even with demanding games like Call of Duty: Black Ops III, Tom Clancy’s The Division, and Tom Clancy’s Splinter Cell, among others. Aside from gaming and streaming, 8 GB of RAM is handy for using the OBS software.

However, you will require at least 16 GB or 32 GB for optimum and most stable streaming based on our knowledge.

Are you wondering whether 16GB of RAM is enough for streaming? Our research indicates the most demanding games and an excellent streaming experience (even when PC has). The best RAM size is 16GB, which allows you to multitask because you can run many operations simultaneously. If you are a PC gamer, this is the right amount of RAM for your gaming PC.

Different streaming and their RAM requirements

When you first launch Open Broadcast Software, it will use around 150-300MB of RAM. Now that the RAM usage has been calculated for the overall amount used, it’ll be more difficult to complete upcoming chores, so keep track. Although, other software like XSplit Broadcaster requires more RAM usage. So, it’ll be tough to accomplish different tasks while streaming.

When you close down any extra tabs, they’ll save space and speed up your computer. While streaming, you may need to reopen some of the previously closed tabs. Depending on the sort of streaming, RAM usage might be as low as 50-300MB when displaying pictures and videos.

All streamers, much like the other live broadcasters, will open their live streaming broadcast to evaluate how they’re doing. Because you’ll need to keep checking your broadcast, the window must stay open and consume RAM.

The stream’s most popular communication platform, Discord, consumes an additional 200MB. It can use 300-600MB, depending on how much you use it.

You also need additional RAM to display a second monitor (2D rather than 3D): If you’re not playing a game, 1.2 MB of video memory is required for a 1280×1024 display.

The RAM usage for streaming games is highly dependent on the sort of game you’re playing; Streaming Resident Evil Village, for example, needs at least 2600MB to 6000MB of RAM, and likewise, Google Chrome necessitates around 500-600MB.

Are There Different Types Of Ram?

Yes, there are indeed different types of RAM. The two most popular types of RAM are DDR3 and DDR4.

DDR3 is the older type of RAM, and it’s not as fast as DDR4. However, it is still widely used because it is cheaper than DDR4.

DDR4 is the newer type of RAM, and it is faster than DDR3. It is also more expensive than DDR3.

So, which type of RAM should you get? If you’re on a budget, then DDR3 is a good option. However, if you can afford it, DDR4 is the better choice.

Does RAM affect Streaming – Our Takeaway:

Video may be choppy while streaming online, and frequent restarts are required to load the films; this makes it hard to handle video playback. RAM size is the most common reason for this error. RAM with a decreased quantity, but you play high-fidelity screaming, media playback devices will buffer the information.

So that you may increase the RAM size to keep streaming data coming in. Furthermore, check your internet network’s bandwidth issues since these problems are especially damaging to video streaming.

So, if you’re a professional, you’ll need good RAM. It should have at least 32GB of RAM because it will satisfy your professional needs while also assisting you in streaming many games such as RPGs, Fortnite, CSGO, Warzone, and others.

16GB of RAM is also suitable for streaming if you’re running out of money or want to yell at your Netflix binge once in a while.

What is the amount of RAM gamers require? Which frequency is suitable? Please find out the answer with our guide to frequency here. In 2022, each gaming setup should be equipped with at least 8GB of RAM. In reality, 16 GB is the ideal middle ground and preferable. 32GB is an ideal choice for making your system more durable or using… 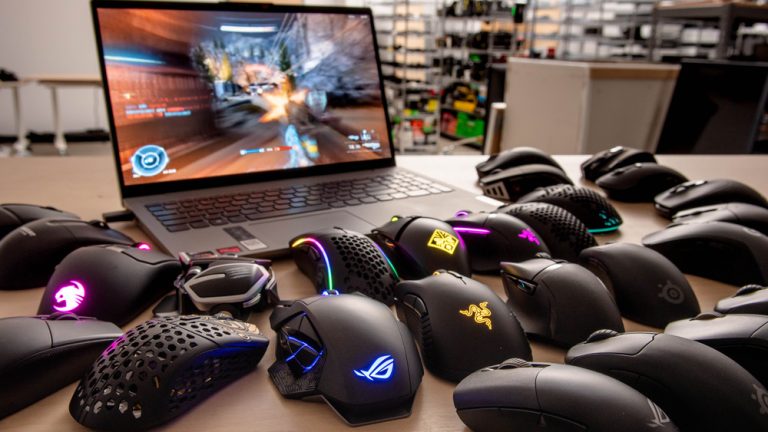 Choosing the right gaming mouse can be tricky, especially if you’re a new gamer. With so many options available on the market, deciding which is the best fit for your gaming needs can be overwhelming. But fear not my fellow gamers! I’m here to guide you through the process of How to Choose the Right… 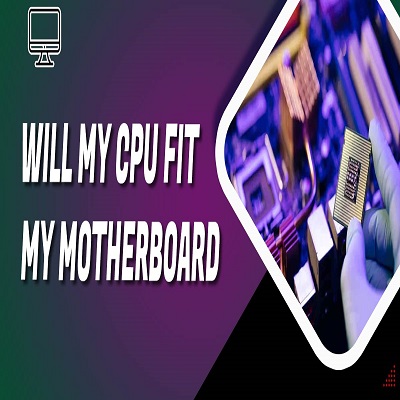 You are IRRITATED when you want to perform a task but the laptop gets jammed or frozen. It gets stuck on even simple document files, and you have to wait a minute before it recovers. Are you trying to do a factory reset on my Acer laptop but can’t remember your password?. Are you searching…

Why are gaming Laptops So Expensive? We will discuss it briefly below. Keep reading In the gaming world, portability has always been a top choice. We’ve always wanted to be able to play our games while we’re away, which is why some businesses have begun producing gaming smartphones. However, for some serious gamers, a smartphone…